Bill Bartelt, Josh Claybourn, and Sue Reel will sign copies of their books during Trinity Connects in Craig Hall.
​

Hymns of the Church Year

At this year's Lenten dinners, members of the Wesley Advocates class will present a brief program on hymns of the Church year. 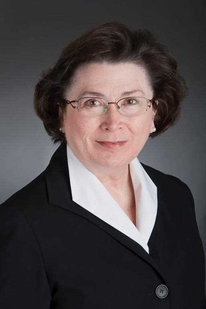 The American higher-education system stands among the most diverse and complex systems in the world.  The 19th and 20th centuries brought rapid growth and increasing access for more and more Americans; indeed, for many of us, this educational system helped make possible dreams of social mobility.  Yet, in the 21st century we see many challenges to the system and critiques that it is broken.

Using Frank Bruni’s book Where You Go Is Not Who You’ll Be as a foundation, Dr. Bennett will address the trends Bruni outlines, particularly what he describes as the mismatch between public perception and reality about quality in American colleges.  Behind Bruni’s observations lie challenging demographic, political, and cultural changes rocking the foundations of higher-education institutions.

What do we see ahead for American higher education?  Perhaps some of the most challenging and exciting years of its existence.
​
After serving as provost and vice president for Academic Affairs since 2003, Dr. Linda Bennett became the third president of the University of Southern Indiana in 2009.  Her recent retirement in June 2018 allows more time for scholarship interests--from public opinion about American politics to issues in higher education.
​

October 15, 2017
Issues of Stewardship and Conscience In Healthcare 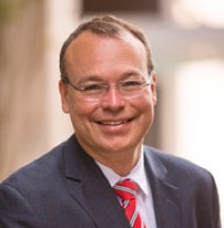 Growing up in Evansville, Dr. Balser attended Plaza Elementary School and graduated from Harrison High School in 1980.  At Tulane University  he  graduated with a B.S. in engineering.  Then he earned the M.D. and Ph.D. (pharmacology) from Vanderbilt University.  From Vanderbilt Dr. Balser moved to The Johns Hopkins Hospital in Baltimore where he undertook a residency  in anesthesiology and a fellowship in cardiac anesthesiology and critical care.  After several years at Johns Hopkins as a faculty member, he returned to Vanderbilt University Medical Center (VUMC) in 1998 as associate dean for Physician Scientist Development.   In 2008 Dr. Balser was elected to the National Academy of Medicine and later that year was named the eleventh dean of Vanderbilt’s School of Medicine (since its founding in 1875).  Beginning in 2014, he led VUMC through an historic restructuring that resulted in the creation of a financially and legally separate not-for-profit corporation with annual revenues exceeding $4 billion in fiscal 2018.  Now Dr. Balser serves as the first president and CEO of Vanderbilt University Medical Center and continues to serve as dean of Vanderbilt University School of Medicine.

The Stephens-Otterson Lecture commemorates two long-time members of Wesley Advocates, the Sunday-school class sponsoring this event:  Mark Stephens and Lew Otterson.  As noted, the lecture will occur on Sunday, October 15, at 2:00 pm with a reception following the lecture in Craig Hall.  Trinity United Methodist Church is located at 216 S.E. Third Street in Evansville.

Mark's ancestors came to Evansville from Yorkshire and conducted early Methodist meetings in Evansville starting in 1819.  Not only did Mark and his brother, Bill, grow up in Trinity, but also, when Mark returned to Evansville from his post at Purdue, he and his wife, Dorothy, reared their three children--Olen, Wheeler, and Abby--here.  In Wesley Advocated, we found Mark a contemplative, funny, loquacious classmate whose great fault was talking into his beard so that we often had to say, "Mark, speak up!"  We miss Mark's kindness, his digressions, and his committed Christianity.

Lew Otterson began attending Trinity in the 1940s when he and Luella started dating; later, they married here; and when Lew semi-retired, he and Luella returned to Evansville and Trinity and decided to join Wesley Advocates in the 1990s.  Immediately they became invaluable members of our class, both of them thoughtful, artistic, and well read.  After losing Luella, Lew continued with us, offering both his wit and his wisdom even when prefaced by his disclaimer, "Now, this may not be on the topic, but...."

Until their deaths, Mark and Lew remained active in our class, and we miss them both.

"...And One More for the Road": The Automotive History of Evansville and Southwestern Indiana 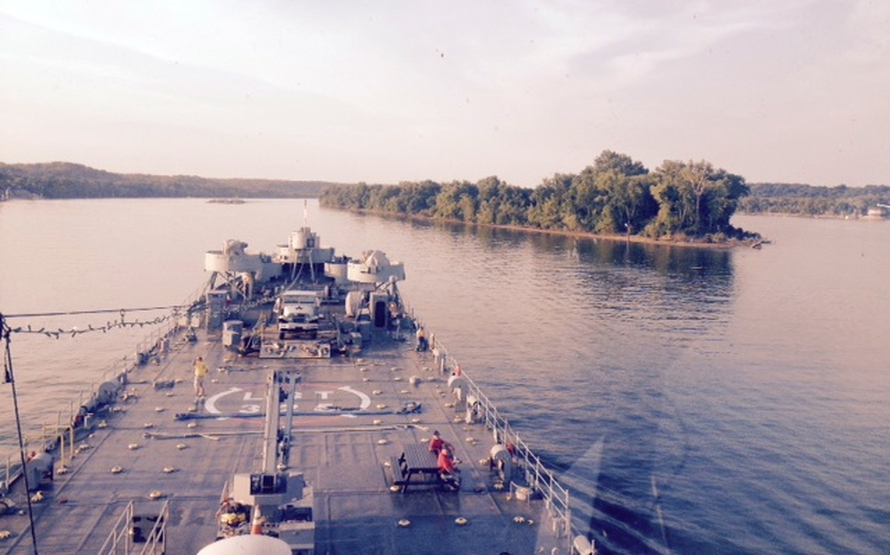 
In Evansville on November 11, 1918, as residents celebrated the Armistice of World War I with church bells, factory whistles, songs and cheers, on St. Joseph Avenue, excitement focused on Aaron and Lottie Wills' new daughter, Kathryn Amelia.

Kathryn attended Evansville schools and began her career here. She graduated from Bosse High School in 1935 and from Evansville College in 1939.  Joining her older sister and brother already teaching in the Evansville School System, Kathryn began as a physical-education instructor at Fulton School in 1939 and moved to her alma mater, Bosse High School, in 1941, to teach girls' P. E. During summers of 1938 and 1940, she took graduate courses at Columbia University.

Then, in January 1942, Kathryn joined the Women's Army Auxiliary Corps, soon known as Women's Army Corps. After basic training at Fort Oglethorpe in Georgia, Kathryn entered officers' training at Fort Des Moines, Iowa, receiving her commission as second lieutenant in April 1943. The following September, she returned to Fort Oglethorpe and served as commanding officer over at least 12 companies, including one company of African-American women from New York slated for Army medical positions. She earned promotion to first lieutenant in June 1944. Following the war, Kathryn joined Army Reserves, attended Indiana University to earn her master's degree, and returned to Bosse High School to teach.

Recalled to active service during the Korean War, Captain Wills was stationed at Fort Benjamin Harrison in Indianapolis.  There she met an enlisted man, Harold "Dick" Lawson. Because of Army regulations forbidding fraternization between officers and enlisted forces, the couple conducted a secret courtship for over a year and married on April 5, 1952.  Kathryn and Dick maintained their secret by arriving at work each morning in separate cars—a practice they continued until Dick's transfer to Greenville, Mississippi, in summer 1953, which led Kathryn to resign from the Army to follow her husband.

The Lawsons and their two children lived at military bases in the U.S., Germany, and Japan until 1968 when they moved to Chanute Air Force base in Illinois. In 1969 Kathryn began work in civil service on the base, where she remained until the base closed. At the end of her career she served as a training specialist supervising as many as 20 instructors. In 1993 Kathryn and Dick moved to Newburgh where Kathryn looked after Dick during his last illness.

Kathryn was nearly a life-long member of Trinity United Methodist Church, having joined in 1928; her children and grandchildren continue at Trinity. In recent years, she enjoyed solving Sudoku puzzles, crocheting, and knitting.  She donated her handmade baby blankets, scarfs, and afghans to charitable organizations.

She was preceded in death by her husband, Dick Lawson; parents; sister, Carolyn Wills; and brother, James Wills.  Survivors include a daughter, Kathryn (Bill) Bartelt; a son, Richard (Karen) Lawson; and grandchildren Kaitlyn, Jonathan, and Megan Lawson—all of Newburgh.